For information regarding COVID-19, visit www.NVHD.org/coronaviruses/COVID-19 or call 2-1-1. For information about COVID-19 Vaccine Eligiblity, visit ct.gov/covidvaccine

Vector-borne diseases are infections transmitted (spread) through the bite of infected blood-feeding arthropods (vectors) such as mosquitoes, ticks, and fleas. Vectors can carry infectious pathogens (germs) such as bacteria, viruses, and parasites that upon transmission become the causative agents of common diseases such as Lyme, Anaplasmosis, Babesiosis, Ehrlichiosis, West Nile Fever, Zika, Dengue, and Malaria.

Zoonotic diseases or zoonoses, such as Avian Flu and Rabies, are diseases that can be transmitted from animals to humans by either contact with the animals or through vectors that carry zoonotic pathogens to from animals to humans. Zoonotic diseases are caused by harmful germs like viruses, bacterial, parasites, and fungi. These germs can cause many different types of illnesses in people and animals ranging from mild to serious illness and even death. Some animals can appear healthy even when they are carrying germs that can make people sick.

How do germs spread between animals and people?

Because of the close connection between people and animals, it’s important to be aware of the common ways people can get infected with germs that can cause zoonotic diseases. These can include: 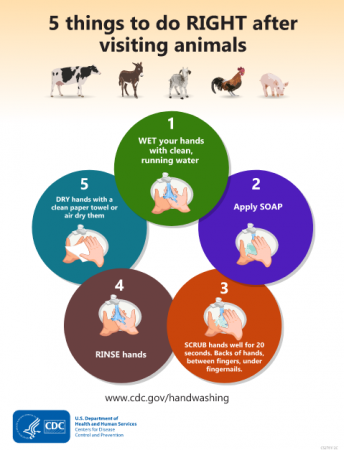