MERS represents a very low risk to the general public in the United States. Only two patients in the U.S. have ever tested positive for MERS-CoV infection—both in May 2014—while more than 1,300 have tested negative.

Most people confirmed to have MERS-CoV infection have had severe respiratory illness with symptoms of:

Some people also had diarrhea and nausea/vomiting. For many people with MERS, more severe complications followed, such as pneumonia and kidney failure.

Pre-existing conditions among people who got MERS have included

Some infected people had mild symptoms (such as cold-like symptoms) or no symptoms at all.

The symptoms of MERS start to appear about 5 or 6 days after a person is exposed, but can range from 2 to 14 days.

MERS-CoV, like other coronaviruses, likely spreads from an infected person’s respiratory secretions, such as through coughing. However, the precise ways that it spreads is not yet fully understood.

There is currently no vaccine to protect people against MERS. There is also no specific antiviral treatment recommended for MERS-CoV infection.

You can help reduce your risk of getting respiratory illnesses:

If you are caring for or living with a person confirmed to have, or being evaluated for, MERS-CoV infection, see Interim Guidance for Preventing MERS-CoV from Spreading in Homes and Communities.

If you think you may have been exposed MERS-CoV, see People at Increased Risk for MERS. 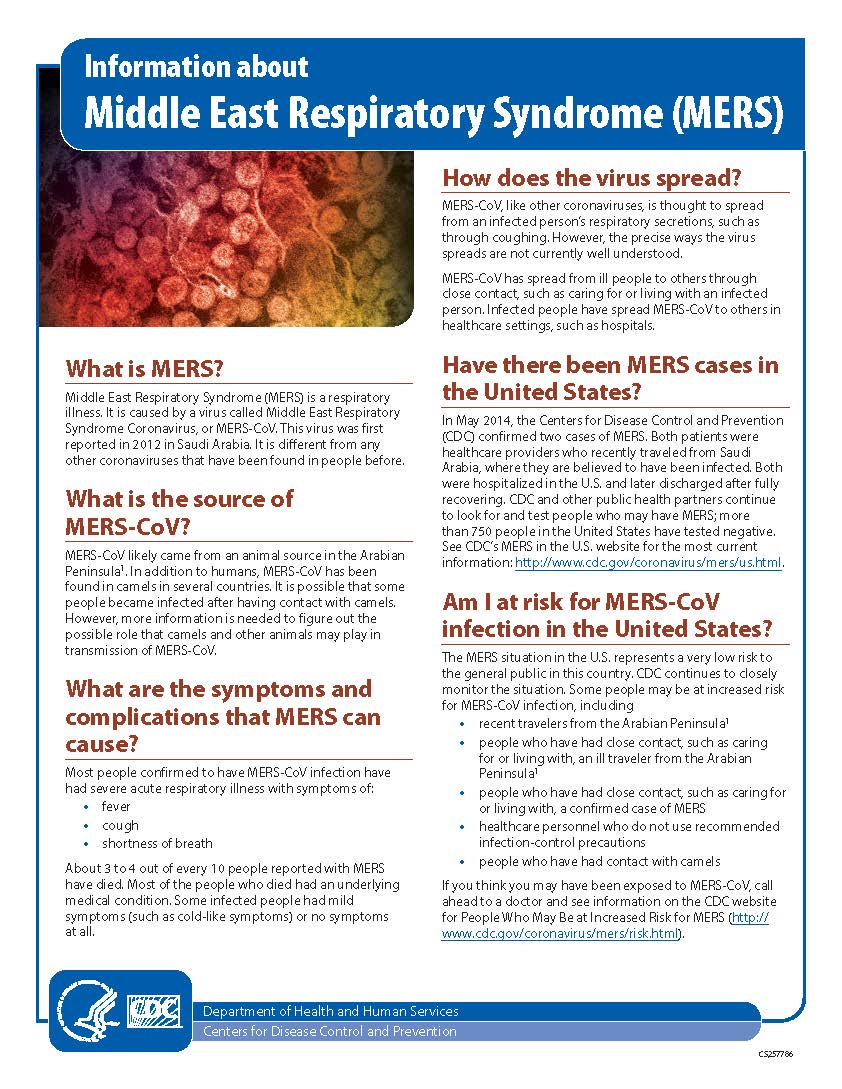