Since 2004, there have not been any known cases of SARS reported anywhere in the world.

Severe acute respiratory syndrome (SARS) is a viral respiratory illness caused by a coronavirus called SARS-associated coronavirus (SARS-CoV). SARS was first reported in Asia in February 2003. The illness spread to more than two dozen countries in North America, South America, Europe, and Asia before the SARS global outbreak of 2003 was contained.

From the CDC: “According to the World Health Organization (WHO), a total of 8,098 people worldwide became sick with SARS during the 2003 outbreak. Of these, 774 died. In the United States, only eight people had laboratory evidence of SARS-CoV infection. All of these people had traveled to other parts of the world where SARS was spreading. SARS did not spread more widely in the community in the United States.” 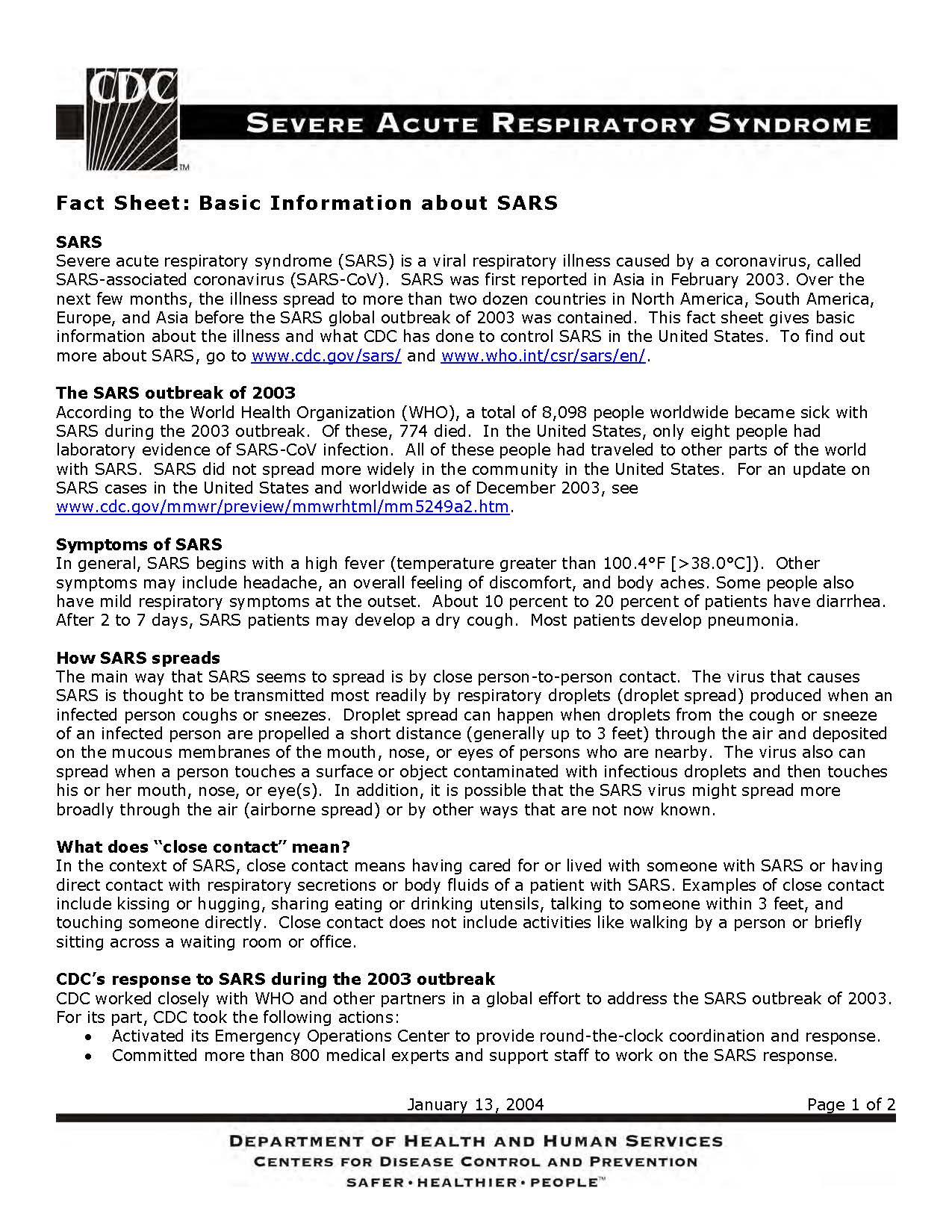 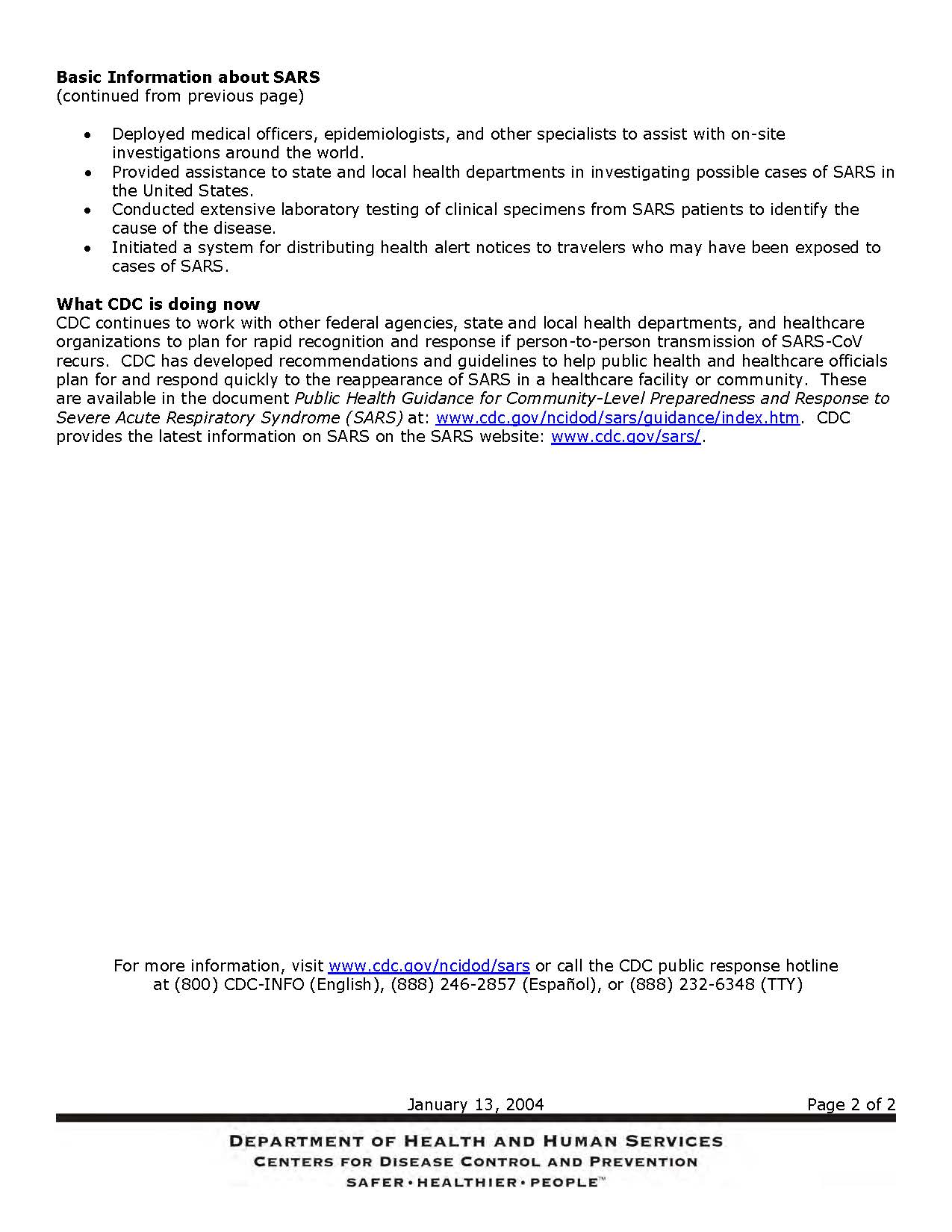