Optimal health and quality of life for our communities.

The Naugatuck Valley Health District is the official local public health entity for its participating communities. It is committed to improving the quality of life for all it serves through the promotion of health, prevention of disease and by assuring a safe and clean environment.

The Naugatuck Valley Health District (NVHD) was founded in 1972 as a collaborative effort to provide public health functions to the towns of Ansonia, Derby, Seymour and Shelton. Beacon Falls and Naugatuck were included in this voluntary effort in 1980 and 1985, respectively. The NVHD is an independent governmental entity formed under the CT General Statutes. One of twenty health districts in the state of Connecticut, it was the third district to be formed. The NVHD serves a population of approximately 125,000 residents. The district is governed by a Board of Directors, comprised of representatives appointed by the towns served by the district. 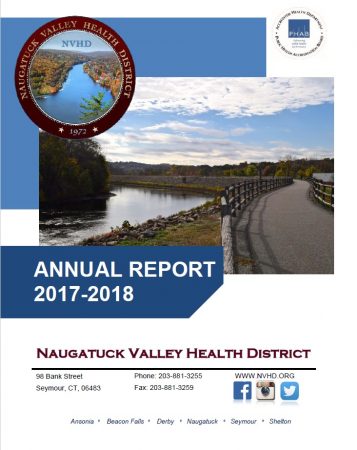